When a news story about a electrical fire in Bradford PA ends with “the house is John Rimer of Limestone, N.Y.”, the question becomes, who’s liable for the damage and the temporarily displacement of residents after the Bradford home was deemed unsafe due to the electrical fire?

If the Bradford resident was a tenant, and the homeowner was aware of the faulty wiring issue, the homeowner may bear some landlord liability. 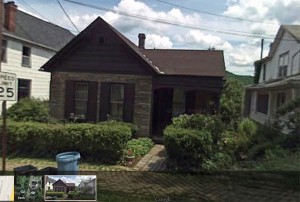 If the homeowner was working with an electrician, then the electricians insurance or electrical contractor insurance policy may experience a legal defense and/or liability settlement claim.

Since Bradford firefighters discovered an electric panel had been destroyed by an electrical fire caused by faulty wiring, you best believe they will be asking if any safety violations were issued or if any work was recently done by a licensed electrical contractor.

If the electrical contractor is found to be at fault – and without insurance – the contractor’s bond may be executed for judgement claims up to the bond limit.

Good thing no one was injured in the fire and damage is only estimated to be about $5,000 for rewiring.

Which ever Bradford electrician rewires the home better be insured – they might just need it.